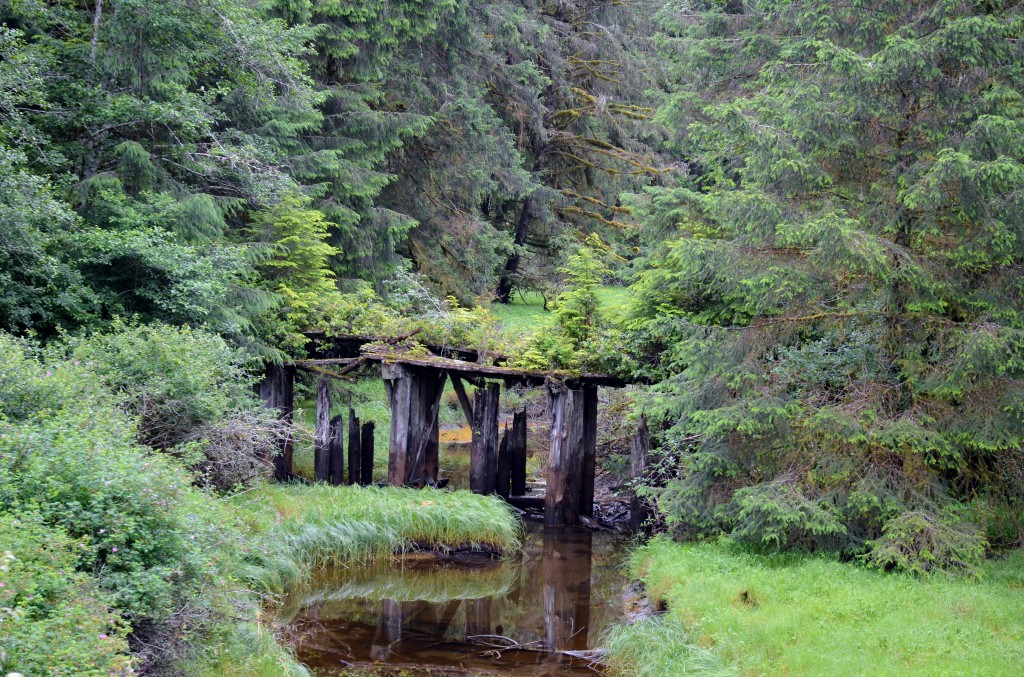 Camping hint 101: put away chairs at night or fold up – else you get a wet bum in the morning

Last night as I sat beside the fire and listened to the light breeze in the treetops, I heard laughter in the next site – two young lovers it sounded like. There were constant bursts of laughter, and murmurs of short sentences. Whatever they were doing sounded like an awful lot of fun. It made me realize that I haven’t heard laughter from the generator folks next door, not once over the past few days. How do young people find so much to laugh about, and why do folks as they age laugh so much less, especially when it feels so good?

Camping hint 102: Pack up your tablecloth at night if there is dew, or you will get wet elbows as you enjoy your coffee (you do have a nice checked tablecloth don’t you?) Not to mention squirrels and other creatures that scurry across your table at night while you are sleeping. This morning after a walk, delicious coffee, and a bowl of awesome oatmeal made with apple, cinnamon, walnuts, almonds, raisins, and a dollop of maple syrup, I decided to think about leaving for my next destination. Therein lies the problem. I checked in at Fairy Lake on July 6th, it is now the 10th, and I admit to myself quite candidly that I don’t want to leave. I am comfortable here, it feels safe, I have established a routine, and nothing is being asked of me. I am not even sure that I will remember how to hook up the trailer again, or manage to do all the rest of the little things that I am supposed to do before hitting the road.

When I looked at the road map of BC and Alberta, it looked like a language I just don’t get, I have never really understood road maps and their symbols. And I know no one along the way! And to be truthful, towing the trailer scares me too. What could I have been thinking? I am no explorer, and right now, I feel a lot like Dorothy’s lion – all pretense and no courage – I could sure use a wizard right now.

Well, my policy is that when no real direction lies ahead then the best thing to do is to procrastinate. I closed the map book with a flourish and decided to do my course work in editing from UBC instead – work that is so much easier – it’s predictable, rule oriented, and the goals and timeline are all set out. And after that, I am going exploring again to Port Renfrew, and the amazing Botanical Beach. I hiked the San Juan trail from Botanical Beach – it’s a lovely forest trail with swelling breakers at each beach. The curling, torn, ripped apart, struggling trees are magnificent. It’s wild – there are bears and cougars in the forest and the beaches can be slippery and dangerous. A lady slipped and fell on the rocks, and I heard later that she lay on the beach for 2 1/2 hours before a team could get in with a stretcher. I whistle and bang a stick as I walk along the trail, and I am sure that my singing scares off the bears.

I know in my heart that I will have to push really hard at my comfort level, or I will be here at Fairy Lake until the lake freezes over. However, according to Lao Tzu’s words in my previous post, that may be ok. But I think he was referring to warriors with courage rather than me!

Perhaps I could sell pies? Port Renfrew is best known as the trailhead for both the Juan de Fuca Marine Trail and the historic West Coast Trail, a world-famous hiking trail built in 1907 to save sailors shipwrecked on the rugged coastline. From what I have heard, both routes are “rigorous hikes, with steep grades and roaring surf at almost every turn”.