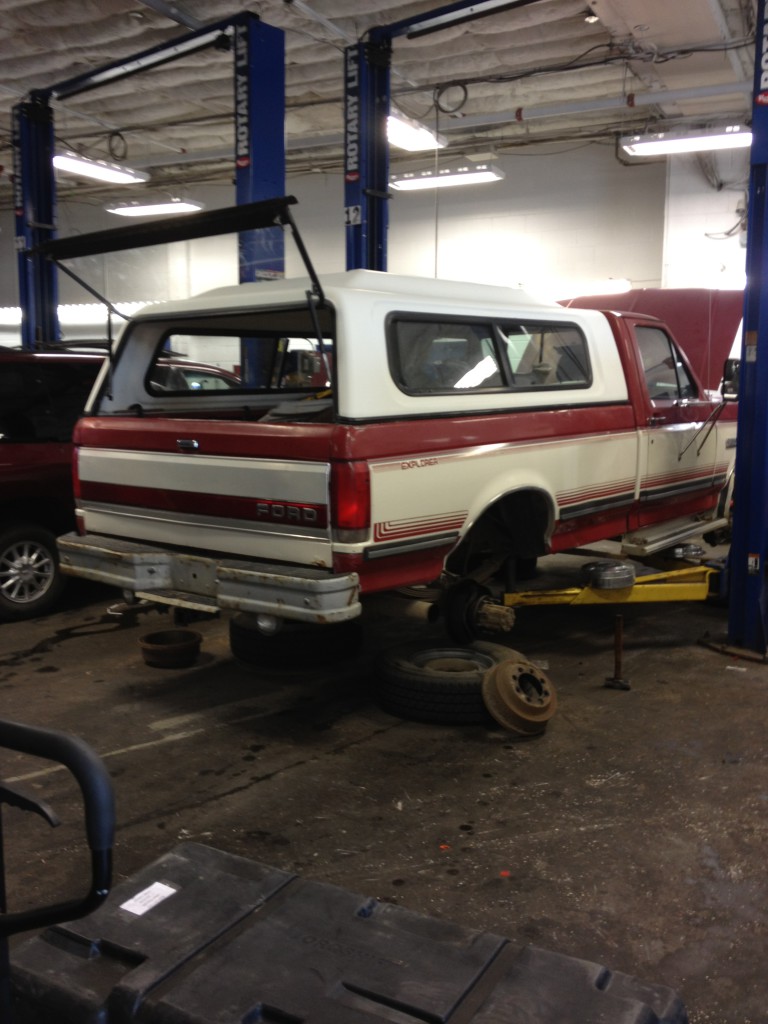 July 23, 2012 A big Challenge
As I turned the ignition key, the engine responded with that noise telling you and everyone else listening, it just doesn’t feel like starting so early in the morning. The noise was so loud; I hated to think of what my fellow campers were calling me right at this moment. I hurried out with my can of instant starter and sprayed it in the direction of the air intake, slammed the heavy hood down and jumped back in to crank it over again. The engine finally caught with a black cloud of stinky diesel fumes. I was on my way, with shifting amounts of anxiety and giddy excitement.

It was raining hard as I was making my way on TransCanada highway #1 through Langley, the window was constantly fogging up, and the window wipers were racing back and forth and still not doing a good job, leaving hard to see through streaks right at eye level. I focused on sticking in my lane and trying to feel skinny. There seemed to be an endless amount of fast moving big transport trucks on the road, and I felt as wide as them, and the lanes just didn’t look big enough for all of us. Then a car cut right in front of me, and I had to slam on the brakes hard to avoid driving through its trunk.

The front of the truck with a mind of its own, took a dive to the left, right towards the semi-trailer truck that was passing me. I twisted the steering wheel, and with a blast of the horn, the truck went by, missing me by an inch or two.

I started to shake, not at all sure what had happened, I didn’t know of any place to pull off and check things out so I kept going, though as slow as I could in the rushing traffic. Then, because it was the lower mainland, another car cut in front of me and it happened again, the truck took another dive. I had to get off the road; I thought I must have a flat tire. I couldn’t believe it, my trip was just starting, I had only been on the road for 30 minutes! Where to stop with a trailer was the burning question. I saw a MacDonald’s, and hoping there was turn around room, pulled into the parking lot at the back and got out to check what was going on.

There were still four tires, and none of them looked flat to me, everything in fact looked fine. I decided to go in for a coffee because that sometimes java leads to ideas, but I came out not having a clue about what to do. It was too busy to find a mechanic here – this was the Langley bypass, and it was a steady roar of traffic. I was afraid of turning down a street that would be a dead-end. I knew I wouldn’t be able to back up the trailer any distance so I decided to head out to Chilliwack, it was a much quieter town.

On the highway I stayed in the slow lane and everyone passed me. That was ok by me, I couldn’t face driving faster. I saw a highway sign for a Ford truck dealership – perfect, I would go there. I drove by the dealer’s lot and saw that there was no room for me to drive in and turn around. I kept driving and parked in a nearby neighborhood and called them. I explained my problem and they said bring the truck but not the trailer. I asked what was I supposed to do with the trailer. Park it at the Zellers department store was the answer, it’s just across the highway.

It took me another hour to park, unhook the trailer, secure it, and drive back to the dealership. Then the service guy took the truck for a test drive and after that he said that they would take off the wheels and check out all the brakes. They called me after an hour to come back so that they could tell me the news, all the brakes were shot, seriously, and the cost to get them all fixed would be $2,762. I felt my heart pounding in the ensuing silence. The truck needed new tires as well, they would cost another $2,000, I would be putting all that money into a 1979 truck, and I would never see its return. And, the tailgate wouldn’t close properly, the seat was really uncomfortable, the window wipers didn’t work well, and the radio popped in and out of its slot like a piece of toast. It was toast, the whole truck was toast. And I hadn’t even made it to the mountains.